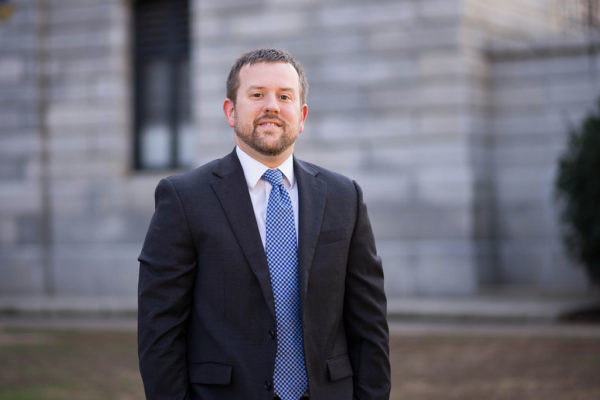 ALEX IMGRUNDAttorney
Alex Imgrund was raised in a blue collar neighborhood in Pittsburgh, Pennsylvania where his parents ingrained in him the values of honesty, hard work, loyalty and dedication.

Alex is a 2001 graduate of the College of Criminal Justice at the University of South Carolina. After receiving his Bachelor of Science in Criminal Justice, Alex spent two years working as a project assistant at Nelson Mullins Riley and Scarborough.

Alex graduated from the University of South Carolina School of Law in 2006. While in law school, Alex was a member of the Journal of International Law and Business and President of the Criminal Law Society. During law school, Alex clerked for the South Carolina Office of the Attorney General, serving as the Law Clerk for the State Grand Jury. He also clerked for the Law Offices of Gregory P. Harris.

He spent his first year after law school clerking for the Honorable Amy W. McCulloch at the Richland County Probate Court. At the conclusion of his clerkship, he was invited to return to the Attorney General’s Office to work in the Prosecution Division where he primarily handled environmental crimes.

In 2009, Alex moved to Dallas, Texas. Alex served for four years as a prosecutor for the Rockwall County District Attorney’s Office in suburban Dallas. Alex rose to the level of Senior Felony Prosecutor and Chief Prosecutor for the 439th District Court. Alex tried cases ranging from Driving While Intoxicated to first degree, violent felonies. There he gained a reputation as a skilled trial attorney with an attention to detail.

During his service at LLR, Alex had the privilege of serving on Governor Nikki R. Haley’s Task Force on Domestic Violence as the Chair of the Professional’s Work Group. Alex organized continuing education for professionals related to domestic violence and made numerous presentations to professional licensing boards regarding professional education.

Alex enjoys spending time with his wife and two children. Alex’s wife Katy is an OB/GYN with Columbia Women’s Healthcare. He is also a dedicated member of F3 (McBeal) and a proud supporter of Gamecock Athletics and the Pittsburgh Steelers, Penguins and Pirates.

Complete the form below to schedule your consultation. We are available Monday through Friday but we do check our request during the weekend.